Love warps the mind a little »

Love warps the mind a little: A novel

Description
Reissue of a favorite novel by "a generous and lyric storyteller" (San Francisco Chronicle) known for his tragicomic voice and unforgettable characters. Ever since Lafayette Proulx quit his day job, left his wife, hauled his dog and his Royal portable across town to Judi Dubey's house, and set out at last to be a fiction writer, his life has been a sordid mess. Judi's exotically dysfunctional family isn't all to blame. Sure, the murders are disconcerting. And, yes, Judi's father's gone off the deep end. Worse are the vicious rejection letters Laf gets from editors. To top it off, Laf's falling for Judi at the same time he's nettled with guilt, is in marriage counseling with his wife, and is writing his long-hoped-for novel. When Judi is diagnosed with stage IV cancer, they both struggle to find the memory that will comfort, the truth that will redeem in a world where everyone suffers some kind of love disorder. John Dufresne, called "a highly readable Faulkner," will once again take the literary world by storm with this new tragicomic tale.
Also in This Series 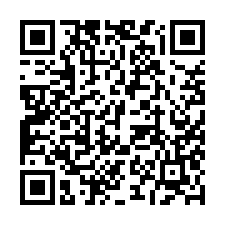