Description
Via Revere is eight years old when her mother is killed in a car wreck on a winter road in Massachusetts. Cast into the anguish of grief, totally bewildered by her mother's disappearance, and mystified by the notion of death itself, Via tries to hold on to her mother in the only way she knows how: by telling what she knows, and by remembering, in excruciating detail, the day her mother died. The Tiny One captures a single day in the life of a young child grappling with immeasurable grief and loss: from the dreadful moment when she is taken out of math class and led to the principal's office to hear the news, to all the daydreams and recollections that swim through a child's mind -- of summers in Maine, mornings in bed with her sleeping parents, car trips, rivalries and affections among her many siblings, growing pains and the older boys at the pool who give Via such a ticklish feeling in her belly she wants to "climb up on them and, like, wriggle around." But mainly Via holds a microscope up to her day in the hope that if she musters all of her eight-year-old good sense, she can riddle out death's logic, and find the crack in the world through which her mother must have slipped. With clarity, sensitivity, and precision, Eliza Minot captures the voice of a vibrant, intelligent child swept unexpectedly into a sea of sorrow and confusion. More than this, she gives us a young narrator whose innate wisdom has something to teach us all -- a child who extracts a remarkable lesson from her first brutal encounter with the arbitrary, inscrutable forces of chance and accident. This is the story of a little girl who has a reckoning with death and comes, instinctively, to what remains: to love, and through love, to life.
Also in This Series 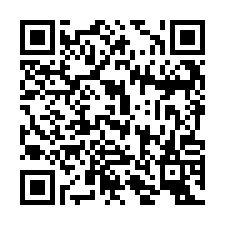