The man who tried to save the world: the dangerous life and mysterious disappearance of Fred Cuny

Description
What makes a man a hero, and what price must he pay? For one man, the answers came in the scariest place on earth. Fred Cuny spent his life in terrible places. In countries rent by war, earthquake, famine, and hurricane, Cuny saved hundreds of thousands of lives with a fearlessness that amazed all who knew him. A Texan, a teller of tall tales, a womanizer, and a renegade, Cuny grew ever more daring in his globe-trotting adventures as his motivations became murkier. Was he a danger junkie? A CIA spy? Or a man who truly believed he had the wits and courage to save the world? After twenty-five years of heroic work that earned Cuny the nickname "Master of Disaster," he set off to the rogue Russian republic of Chechnya, a land of gangsters and Islamic terrorists, a quasi-state engaged in an unimaginably savage war with a Russian army of drunken, brutal incompetents. Cuny went to try to stop the war, but for the first time in his life he was scared, unsure of himself in an insane landscape where betrayal and murder lurked behind every face. He failed to stop the horror, yet soon returned to Chechnya on a mysterious mission. Cuny was last seen on a lonely mountain road, headed for a rebel fortress that was being subjected to the most intense artillery bombardment since World War II. War correspondent Scott Anderson became obsessed with Cuny's fate, and ventured into the deadly war zone himself in search of answers to several haunting questions: Whom was Cuny working for? What happened to him, and why? Most powerfully, what sort of man believes he can save the world? The answers to these questions form the heart of this extraordinary narrative, a true-life thriller that brings to light the chaos, treachery, and danger of the "new world order."The Man Who Tried to Save the Worldis a tour de force of literary journalism and an utterly compelling read.
Also in This Series 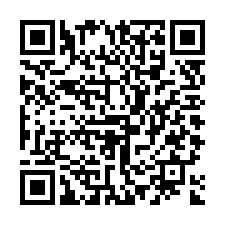