Day of the bees »

Day of the bees: a novel

Description
In this story of an astonishing love, Thomas Sanchez portrays the violence, hope, and grandeur of lives transformed by war and exile. At the heart of the novel are Zermano, a world-famous Spanish painter, and his beautiful French muse, Louise Collard -- whose lives are torn apart by the German invasion of France in World War II. Leaving Louise in Vichy-controlled Provence, Zermano returns to occupied Paris. But while he eventually goes on to celebrity and fortune, Louise disappears into obscurity. Fifty years later, after Louise's death, an American scholar arrives in the south of France seeking the truth about the lovers' tempestuous romance and sudden separation. Why did the painter abandon the young beauty? What was the cause of her lifelong reclusiveness? What dark mysteries were being concealed by the ill-fated couple? By chance, the professor finds a cache of correspondence -- Zermano's letters to Louise in her remote mountain village, and her intentionally unmailed letters to him in Paris. In their vivid, wrenching contents he uncovers secrets that Louise kept even from Zermano about her wartime experience: the dangers of her participation in the Resistance, and her complicity with one of its leaders, the Fly; her struggles to elude a sadistic officer who hunts her for political and personal reasons; her lyrical intimacy with a mystical beekeeper. Louise is forced to make a fateful decision between the love for her man, and the ultimate sacrifice for her country. In a powerful climax, the scholar is compelled to journey to Mallorca, where Zermano is rumored to be living in self-imposed exile. Determined to reveal Louise's fate to the painter, our narrator does not suspect that he, too, will be forced to confront the enigma of his own desire.
Also in This Series 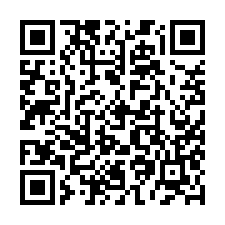