Description
"The first and only thing you need to know about Gideon is that you'll get no answers whatsoever about him. None. You will never meet him, you will never speak to him, you will never have any contact with him. . . . Gideon is in an extremely sensitive position." Framed for two murders he didn't commit, Granville is a man on the run. He knows too much--but not enough to save himself. Pursued by the FBI, hunted by an assassin who kills with lethal precision, and desperate to escape the hell that is threatening to destroy him, Granville turns to the one person he can trust: his ex-girlfriend, journalist Amanda Mays. With her investigative skills and Granville's instincts for survival, they strive to uncoil the tightly wound truth. But they are embroiled in something far greater than either could ever have imagined--a dark conspiracy that will forever change the course of history. Granville's only hope: penetrate the enigma of the name that began his nightmare--unearth the real identity of . . . GIDEON Relentlessly paced, Gideon is an exciting, chillingly original thriller packed with startling double crosses, tense pursuits, whiplash twists of plot, and shocking revelations about the nature of power and those who really possess it. It is a masterpiece of suspense. Gideon. An identity shrouded in mystery--the anonymous source who holds the key to an explosive secret. In a clandestine meeting, writer Carl Granville is hired to take the pages of an old diary, articles, letters--documents in which all proper names and locations have been blacked out--and turn them into compelling fiction. He will be paid a quarter of a million dollars. But he can never tell a soul. As he is fed information and his work progresses, Granville begins to realize that Gideon's book is more than just a potential bestseller. It is a revelation of chilling evil and a decades-long cover-up by someone with far-reaching power. He starts to have second thoughts. How will his book be used? Whose lives will be shattered? What is the truth behind the story--and who is the true storyteller? Then someone close to Granville is bludgeoned to death. Another is savagely murdered. His apartment is ransacked, his computer destroyed, all his records stolen. Suspicion falls on Granville. He tries to explain the shadowy assignment. No one believes him. He has no proof, no alibis.
Also in This Series 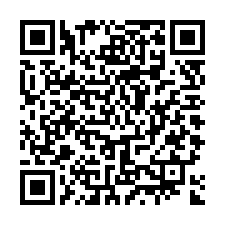