Sins of the brother »

Sins of the brother

Description
It's six months since lawyer Tom McInnes opted out of the billable-hours marathon at his tony Mobile, Alabama, law firm. His private practice isn't exactly flourishing, but his spirits are--at least compared to how they'd fared when he was under the thumb of Higgins & Thompson's senior partners. But Tom's peaceful, if unprofitable, semiretirement is shattered by a phone call summoning him home after his younger brother, Hall, has been murdered.Tom's return to Cooper's Bend puts him too close for comfort to his bullying father, who's used to running the mill and therefore half the town. He's soon at odds with local law enforcement as well as the town toughs. And he gets involved with his dead brother's flirtatious girlfriend. No one seems quite as dedicated to finding Hall's killer as Tom is. So on his own, he arranges a meeting with the thugs' quasi-respectable, big-city boss--only to find himself disastrously set up. Tom manages to dodge arrest--barely--and delves deeper into the mystery of Hall's killing. Before long, he's connected too many dots, putting himself in even greater jeopardy.With pitch-perfect dialogue and plot twists to send the reader (as well as Tom) scrambling, Sins of the Brother marks the debut of a talented new writer.
Also in This Series 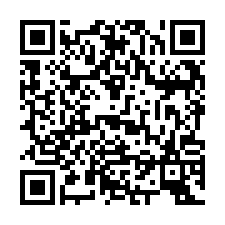