Description
"A Pulitzer Prize–winning reporter provides a brilliant account of the harrowing drive into Baghdad by an American armor brigade" ( Seattle Post-Intelligencer ). Based on reporting that was a finalist for the Pulitzer Prize, Thunder Run chronicles one of the boldest gambles in modern military history: the surprise assault on Baghdad by the Spartan Brigade, the Second Brigade of the Third Infantry Division (Mechanized). Three battalions and fewer than a thousand men launched a violent thrust of tanks and Bradley Fighting Vehicles into the heart of a city of five million people—and in three days of bloody combat ended the Iraqi war. More than just a rendering of a single battle, Thunder Run candidly recounts how soldiers respond under fire and stress and how human frailties are magnified in a war zone. The product of over a hundred interviews with commanders and men from the Second Brigade, it is a riveting firsthand account of how a single armored brigade was able to capture an Arab capital defended by one of the world's largest armies. "The best account of combat since Black Hawk Down ." — Men's Journal
Also in This Series 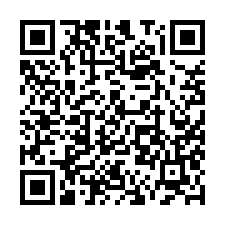