Description
"Signing on to one of his father's clipper ships as cabin boy at the age of twelve, Justin has no idea that he is marked for murder by his hated half brother, Sylvaner. Justin is saved by Samantha Aspinal, the beautiful daughter of a missionary, and they fall passionately in love. But when the ship is attacked by pirates, Justin is captured by the sensuously irresistible Madame Ching, who takes him to China as her slave." "Years pass. Samantha, still in love with Justin but fearing him dead, marries an Englishman. But Justin is very much alive. Knowing that his half brother has plotted his murder and stolen his inheritance, Justin savors revenge, starting an odyssey that takes him to Victorian England, the Italy of Garibaldi, and finally back to China, where he plays an intricate chess game of death against the evil Dowager Empress." "Justin's adventures include a gallery of unforgettable characters: Sylvaner, who will stop at nothing to destroy his half brother; Madame Ching, who is struggling against the ancient Chinese culture that treats women as non-persons; Fiammetta, the beautiful, lusty Italian countess who falls passionately in love with Justin; and the Taiping warrior Li-shan, who shares Justin's love for Madame Ching and Fiammetta."--BOOK JACKET.Title Summary field provided by Blackwell North America, Inc. All Rights Reserved
Also in This Series 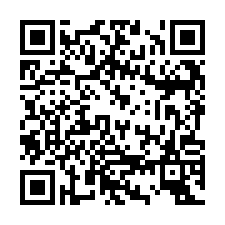