Description
This book is a gripping, long-overdue biography of one of the most intriguing and powerful female figures of Western history: Theodora of Byzantium. Ruthlessly criticized and reviled by her contemporaries, Theodora, the beautiful wife of Emperor Justinian, began her life as the daughter of a bear-keeper and rose to be Justinian's partner in politics as well as in life, ruling from 527 to 548. She stood by his side in Constantinople as he built a 'second Rome,' waging battles against the Goths and Vandals, quelling nationalist unrest in Egypt, and suppressing a rebellion at their doorstep by mercilessly slaughtering 30,000 in Constantinople's stadium. Theodora's political savvy saved Justinian's empire time and time again. When the European editions of Theodora were published, it was hailed as the 'Book of the Year.' Author Paolo Cesaretti received the Ginzano Cavour Prize for sifting through a vast range of documentary material to deliver a richly entertaining story of an ambitious and cunning woman who defied the conventions of her time and triumphed over those who sought to defame and destroy her.
Also in This Series 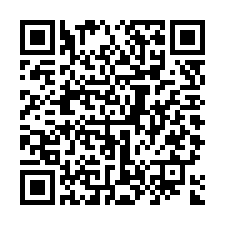